Objective: To use National Chicken Wing Day to promote our (American) brand of hot sauce in global markets while reinforcing the product's primary benefit (the perfect blend of flavor and heat)​.

Challenge: Although chicken wings are the main host food for buffalo sauce in the United States, chicken wings and hot sauce are not an instant pairing in most global markets.

Solution: An Instagram poll that introduces the American tradition of wing-related debates. Asking followers to take the poll, we were also asking them to make wing-related decisions that could stump shoppers at the moment of purchase (especially in markets not familiar with hot wings) but that, considered in the context of a social poll, were just fun, and an easy start down the purchasing path.

I was responsible for concepting, storyboarding, copywriting, and creative direction (including photo and video shoots).

I kicked off the project with a storyboard. The first three frames would be static polls. The fourth and final frame would be a "trick" frame to be executed as a video. 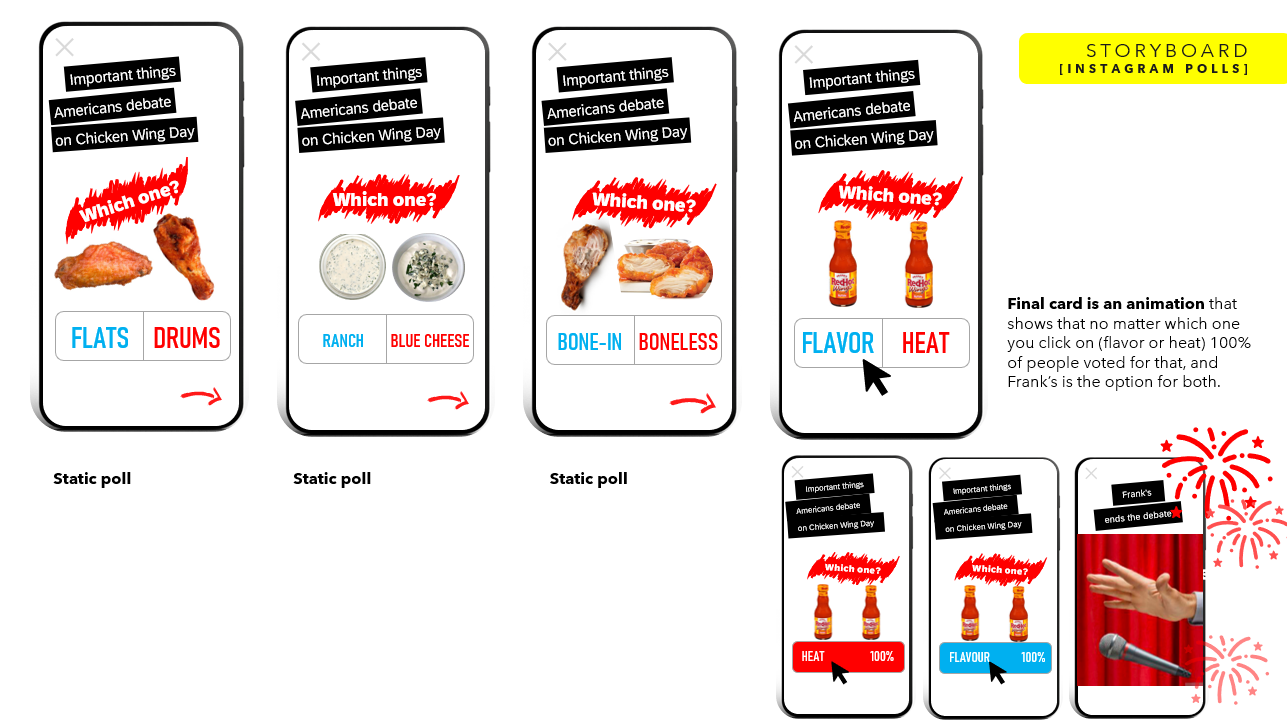 To build our poll, we created three images, each focused on a common wing-related debate. Flats or drums? Blue cheese or ranch? Bone-in or boneless? The fourth frame starts out with one final question: Flavor or heat? 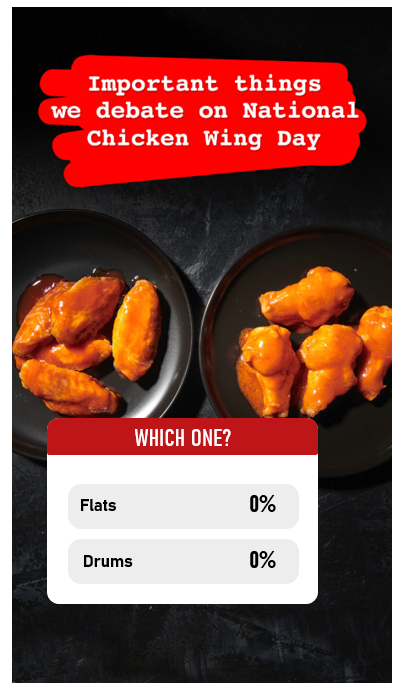 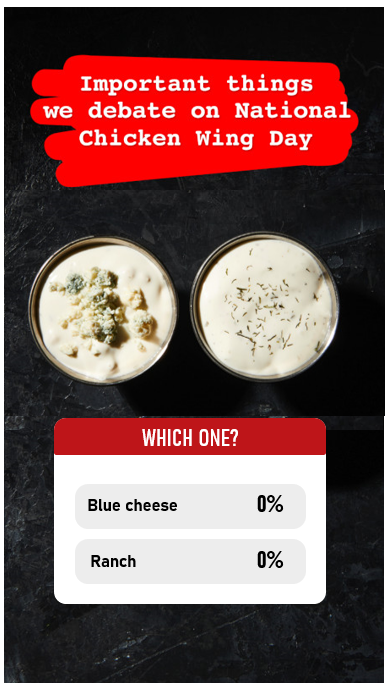 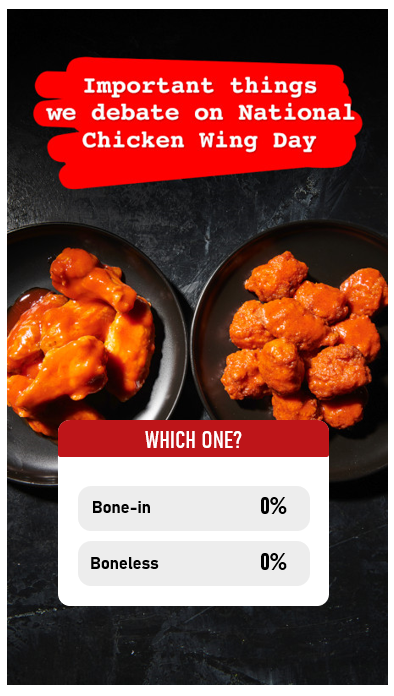 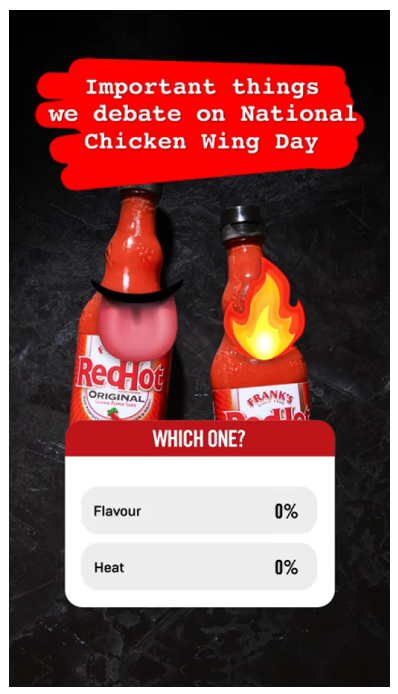 After a few seconds, viewers notice a glitch in that last, seemingly normal ﻿poll.

Suddenly flavor and heat start competing with each other, and eventually the conflict is resolved with the only possible answer: our hot sauce makes the decision between flavor and heat impossible, because it is the perfect blend of both.

We also created translations for our Spanish-language markets. 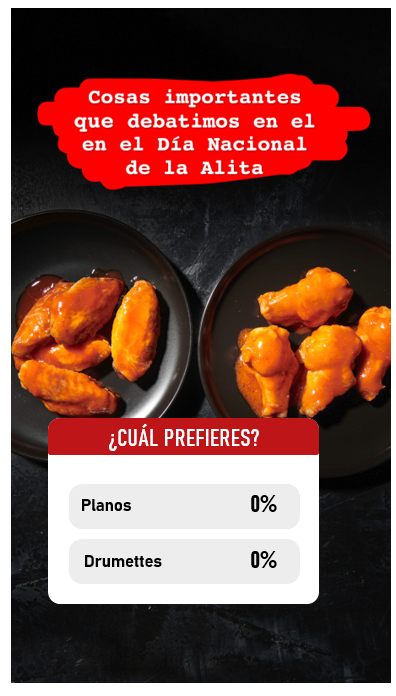 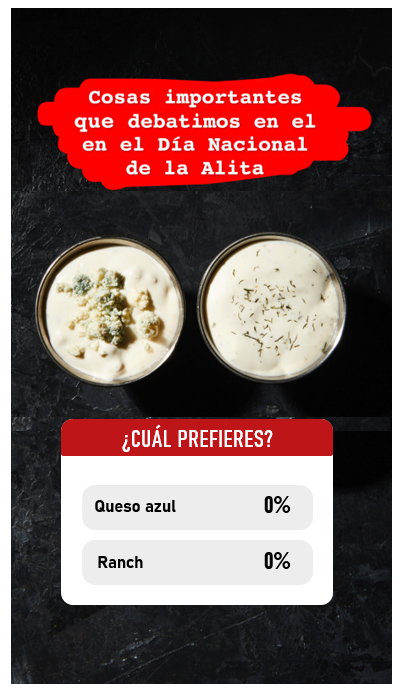 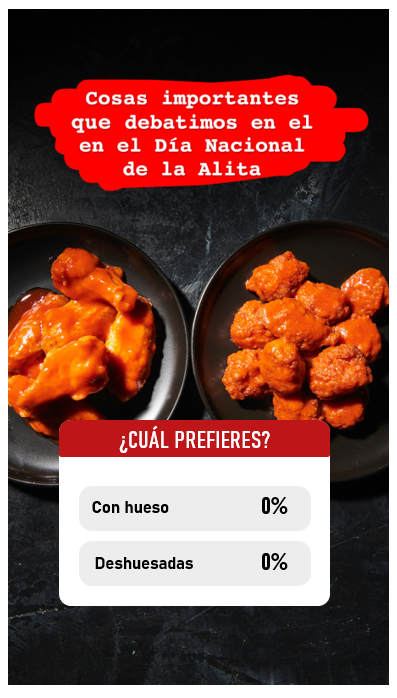 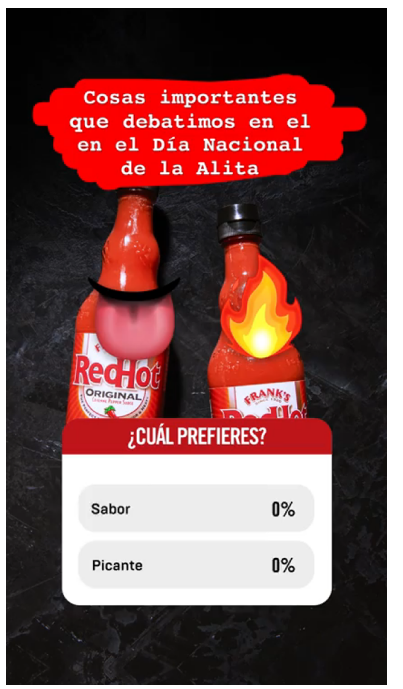 And, last but not least, we translated the concept to TikTok. Below is the storyboard. 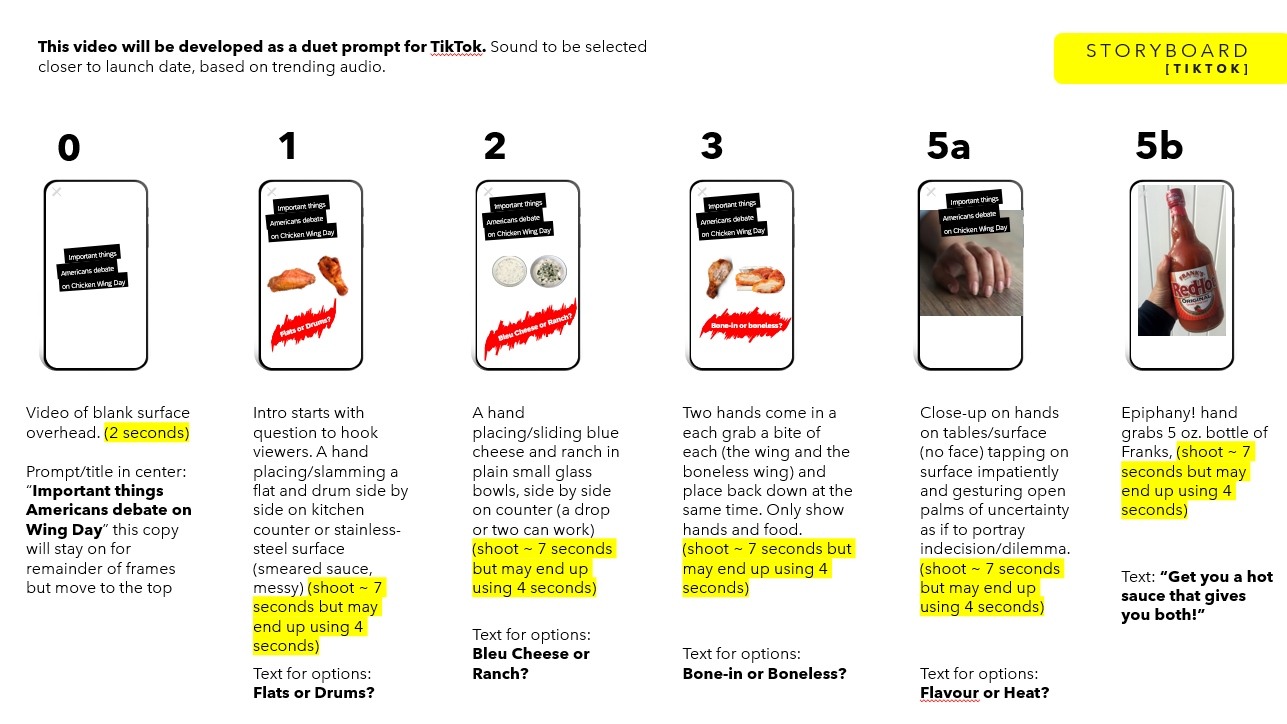